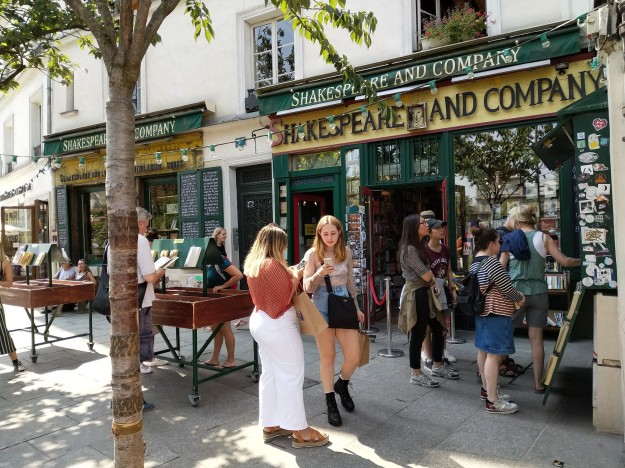 On Friday, I took advantage of a fourteen-hour layover in Paris, France. With so much time to spend, I headed into the city for a quick look around.

The indie bookstore Shakespeare and Company was on my list. The shop is on a street known for the vendors who set up book stalls along the Seine River. Their location is near Notre-Dame Cathedral and the Louvre.

Shakespeare and Company is an English-language bookstore in the heart of Paris. The building was originally constructed as a monastery. An old tradition held that one monk was assigned the duty of lighting the lamps at nightfall. The bookstore’s founder, George Whitman, cast himself as that monk when he began operating a store that would provide light through literature.

Check out this cool blog post for readers and writers!

Connect with a Publishing Consultant